Lots to catch up on

Finch turned a year old a week and a day ago. And I've missed documenting almost everything that has happened since October.

She is the happiest baby I've ever seen and reciprocates our smiles as if on cue.

She doesn't crawl or move on her haunches yet but, stands when someone makes her stand. She's either slothful or has mesmerizing control over her parents to get them to do her motile bidding.

She has 4 teeth already and has had them since she was 8 months old.

She babbles. A lot.

I sing my riyaaz paltas to her in as disciplined a manner as possible.

She is really loud. And she gets angry when she doesn't get what she wants, very angry.

Finch loves to take a bath. She hates her face having to deal with water and soap and she absolutely hates the after-bath ritual of drying up, getting moisturized, and putting her clothes on.

She loves Beckett (and Beckett her), but she doesn't like Beckett lifting her or trying to lift her.

Finch displays patience and kindness much beyond her 12 months and a week.

The trust she puts in me when she rests her head on my shoulder to sleep without any care in the world, the way her face lights up when she sees me after a long day of being away, how she makes a lunge toward me to lift her in my arms is terrifyingly overwhelming. It is one of the greatest joys of my life.

Beckett and Finch are two very different people. Beckett is the quintessential, gregarious, connection-seeking, flitting and frolicking Gemini. Finch, on the other hand, even though it is too early to tell yet, can be a pensive, brooding, yet elated and beatific Cancerian.
And while both of them belong to the future and not to either one of us, Beckett is Mumma's girl; Finch takes after yours truly.

Beckett turned 6 on June 18th, and as she always does, gave me a masterclass on life.

Many of the gifts were related to airplanes (maybe we have a rocket scientist in the making). 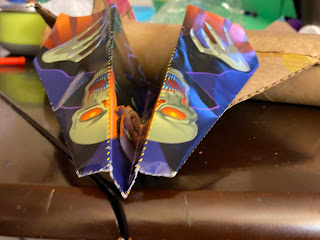 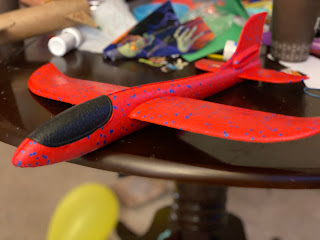 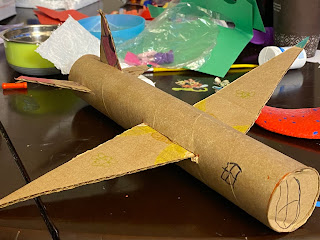 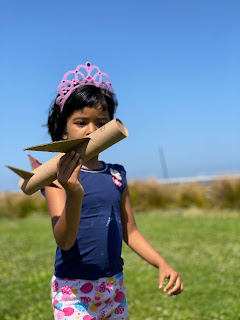 As you can see in the pictures, we made paper planes, and assembled gliders, and then made one out of cardboard. The cardboard one took the most time to make, wasn't aerodynamic by the looks of it, wasn't very pretty.
So when it came to taking the planes down for a flight, I took the paper planes, the glider, our kite, and started heading down. But Beckett being Beckett stopped me.
'Pappa, what about the cardboard plane?'
'I don't think it'll fly, Aarvi.'
'Why?'
'Because of how it is made. Its structure seems to be incompatible with the principles of flight.'
'Heh?'
'Trust me, it won't fly!'
'But Pappa, we've got to try. If we don't try, we will never know!'
I run a startup for a living, swear by the power of the possible, day-in and day-out distort reality for myself and for others, to bring highly unlikely possibilities to life. That I would discard a possibility without trying it, simply because of my estimation of the laws of physics, felt like one tight slap on my being.
Naturally, my jaw-drop, as usual, was a sight to behold.
So I gathered the cardboard plane along with the pieces of my shattered pride, but ever so grateful to Beckett, and headed to the park with her.
We had lots of fun flying all the different planes & the glider & the kite.
The cardboard plane didn't fly. But we wouldn't have known for sure if we hadn't tried. It also led to Beckett asking me why it wouldn't fly and me teaching her about principles of flight - Lift, Drag, Thrust, and Gravity. It also led us to discuss and figure out what we needed to do to make the cardboard plane fly.
Our children are Sorcerers gifted to us by the Universe. They send us on wild treasure hunts, push us to go pursue our personal legends, in the guise of teaching them how to learn, discover, and enjoy life.*
While we think that we are raising them, it is, in fact, they who compel us to go see the Pyramids and discover how beautiful they are. Without them we would not venture to see the Pyramids, nor discover how beautiful they are.*
Beckett now wants a rocket for Christmas.
* The references are from The Alchemist. Reading it may be a good use of your time if they didn't make sense or resonate with you.
Posted by Samyak at 13:28 No comments:

One of my first memories of Beckett is me singing 'Ho gaya hai pyaar tumse' to her and she flashing the most beautiful smile in the world back at me.

That Beckett was a completely different person from the vivacious, gregarious Gemini who assertively, yet gently replies with a 'No, Thank You!' whenever I ask her if she wants to practice her scales.

Her first song was 'I hope you dance' by Lee Ann Womack, gifted to her by The Status Message Aunt, and true to that song, she rarely if ever, misses a chance to dance the dance of life.

Finch, on the other hand, seems to have taken to music. I can sing anything to her, and as if on cue, the beatific angelic smile is staring back at me.

I've spent hours sitting next to her, both of us listening to Hindustani Classical Music. Sometimes she joins in and sings - whatever babble is the closest version of a 3-month-old child singing. Sometimes she just listens and stares in turn at the ceiling fan, the photos on the wall, and me.

Her first song is 'Runaway' by Aurora, gifted by yours truly, and I cannot wait to take her (& Beckett & Missus) back home.

While Missus was in the most painful throes of labor, all yours truly was thinking about was the date 7/7/21, and going all - 'She's going to be such a powerful sorceress when she grows up!'

7 is the most powerful number in the universe. 7 days, 7 notes, 7 colors in the rainbow, 7 heavens, 7 underworlds, and so on. And this one had a triple dose of 7s in her birthdate.

Missus, who was being an absolute champ, did not appreciate my resorting to Harry Potter voodoo as a mechanism to cope with the long and complicated labor.

I could not be more grateful to the incredible doctors of the Golden Gate group and the wonderful nurses at CPMC Van Ness for holding us closely through Finch's birth and immediate care thereafter.

While the last couple of weeks have been intense & sleep-deprived, they've easily been the most rewarding period of my life in a long time.

Finch has been pretty kind to us, and Beckett has been an amazing elder sister. I don't find myself triaging as much between Finch and Beckett. Partly because Beckett has naturally gravitated towards prioritizing Finch over herself most of the time, and partly because her grandparents are here and taking care of her.

I also feel incredibly grateful that my work & work place allows me the luxury of taking this time off.

That said, it has not been all rainbows & butterflies. Emotions, and stress - both mental & physical,  run high after child birth. Living with in-laws, who can be especially unkind to me, have not made matters easier.

On the brighter side, given that sleep is now always punctuated with disturbances, I've started lucid dreaming. My dreams are lit as F*** and now I remember them as well.

In short, Finch has given me kindness, the most fulfilling fortnight in a long long time, a break from work after 7 long years, and literally my dreams.

Conflict is one significant thing you experience when you become a parent to more than one child.

For many, it is not obvious; sometimes it is a blindspot; sometimes there isn't a conflict because the choice seems blindingly obvious.

But once there is more than one child in the melee, you are constantly triaging.

So here I am, embracing it, and writing about conflict.

Here's to many such wonderful, delicious ones that my brain will manufacture in the future.

I must confess that your name did not jump at me the way Beckett's did. I played around in my mind with Stark, Everdeen, Granger, Francon, and Taggart.

Beckett already named you Kaju Noe, and that is not in line with my taxonomical construct. So it took some more effort to find you a name.

But when it came to me, it was very easy.

I must also confess that I've not been as enamored or swept up with your approaching arrival as I was with Beckett's.

But I promise that when you do arrive, I will make up for it in paternal skill & sincerity.  I'm a much better father now than I was six years ago when we welcomed Beckett.

I cannot wait to meet you in person.

And so can't Beckett. She's both excited and nervous, and I can promise you that she will be the best thing to happen to you.

There are few things I pray for.
I pray that you find your voice. As early as you can. And keep it with you. Always.
I pray that you write your song. In your words. In your meter.
I pray that you sing it. With your heart. Loud, soft, and silently - in your head. And I pray it sings back to you.
I pray that you play with your notes. Find new ones, change few words, miss a few of them, let them meander.
I pray that Music always finds you. By design. Serendipitously. And everything in between.
Posted by Samyak at 00:17 No comments:

Samyak
May my delusions be benign and my compulsions have utility.